Occasionally, I like to test out games on my 4k monitor to see how they look at such a high resolution (3184×2160). For some games, that impact is less than you would expect while others look surprising good. For example, Bethesda Gamebyro engine-based games (Elder Scrolls and Fallout) look a little better but I’m not very wow’d by it. I think it boils down to the engine and lower resolution textures. Less aliasing (jagged edges around the 3D model) and more detail but not the punch you would expect.

On the other hand, Two Worlds looks fantastic. The textures are high resolution enough to make them really pop. Unfortunately, the interface doesn’t scale so it’s very “difficult” to play at such a high resolution. Visually, it’s very pleasing though. 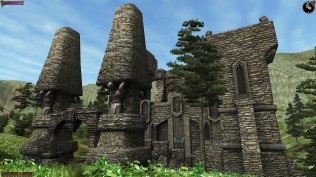 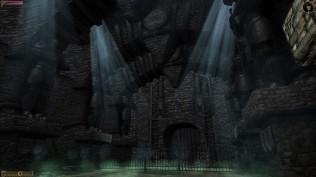 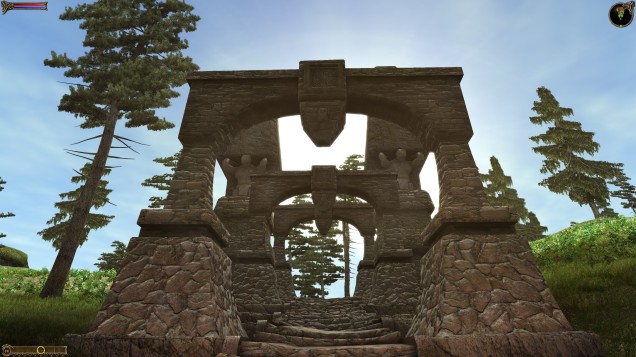 So one day, I got a bug to try the old game Fate. It was the predecessor to Torchlight. A top-down action-RPG click fest. My boys played all but last one in the series so as usual, there is a touch of nostalgia for me.  The only thing I had to figure out tech-wise was how to get the resolution desired in game. Some games work out of the box and some require manually editing “ini” text files. In this case, I had to edit the “ini” file AND disable scaling on high DPI settings. I did that by right clicking the program executable file and putting a check under that line in the compatibility tab. Viola…4K work for a decade+ old game. 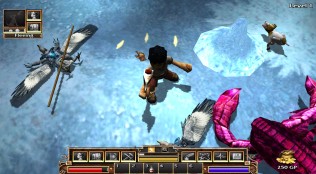 You can see in the screenshot (even if you don’t have a 4K monitor) that the character models are actually quite detailed. In 4K, they really stand out and don’t really need any work. Well, I could do a little but I digress…in general, they are perfectly nice. However, as you can see in the “snow/ice” texture, the non-character models are blurry low-resolution messes.  Basically, they are tiled 128×128 textures. They are so dramatically worse than the character/object textures in 4K. The building are also very low resolution…which is even more boggling since they don’t blend into the background like the landscaping. That is when I got inspired…to fix the disparity. 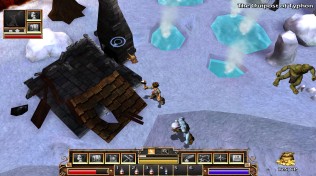 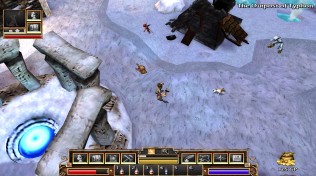 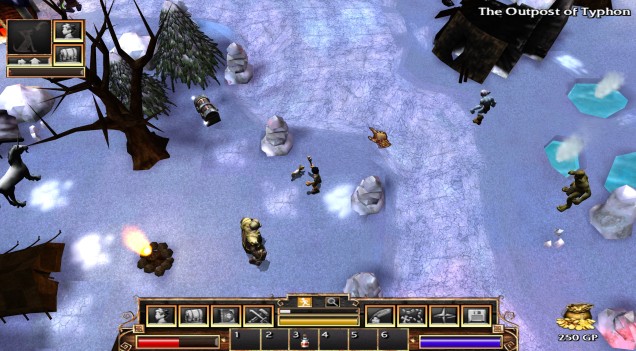 The above (partially complete) picture is post landscape editing. For the record, I’m still not crazy happy about it but small steps.The landscapes textures have revealed the oddites of the engine. A few places where they don’t actually blend and such but not too much. The real work and most dramatic change was the building and landscape objects…but that is for next time.