The madness of Fate What are they doing? Seriously, some one tell me.

I mentioned Fate converts the textures added at install from PNG to DDS. This conversion happens upon the initial run of the game, but also again if any of the converted textures go missing (which I use when I tweak textures and such). In addition to the main texture (or diffuse map), some textures had an alpha map (for transparency such as making the black on the sails below invisible). Then there are the “completemaps” that funk up the textures in game and honestly, aren’t well done in Fate. Such as the one I posted last time. It was supposed to be a burned down building, but it looked completely black despite the original texture having detail and actual color. After I rebuilt the texture, it still looked dark in the game. There was a peculiarity with the coloring and shading/highlighting with several of the textures. It was clear my changes were in place, but something was distorting the image. 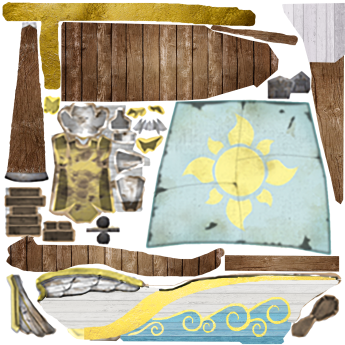 You can see in the image that my version of the boat is much cleaner (and detailed). However, when I loaded the game, my textures showed but were muddied with blemishes shown in the first texture. I thought maybe it was an engine thing (e.g. when building levels you can “paint” shadows and marks on the 3D landscape like Morrowind). 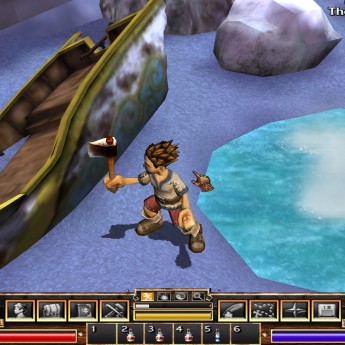 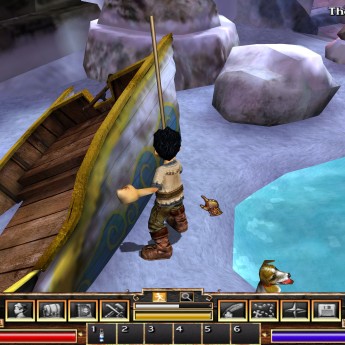 New texture (but muddied by something)

I didn’t know what I don’t know

Then I discovered there was a third texture related to the boat image. However, its structure is very weird. This texture does two things that I can discern: 1. highlights or darkens areas on the model and 2. adds color tinting. So my amateur status here doesn’t know what this layer is called or how the heck they made it or relates to the model. It’s not just another variant of the boat texture, but more like a piecemeal palette of portions of the 3D model.

Trying to make it work

The lighter the color is, the brighter on the boat and the darker creates shadows. The hue tints the image of that color. But the mapping is crazy…I had to experiment just to get the white on the boat to be even. I plan to minimize my efforts on those files unless one (such as the boat) really needs it. The smelter (as it’s labeled in the filename) stays mostly red due to how its “completemap” is mostly shades of red. 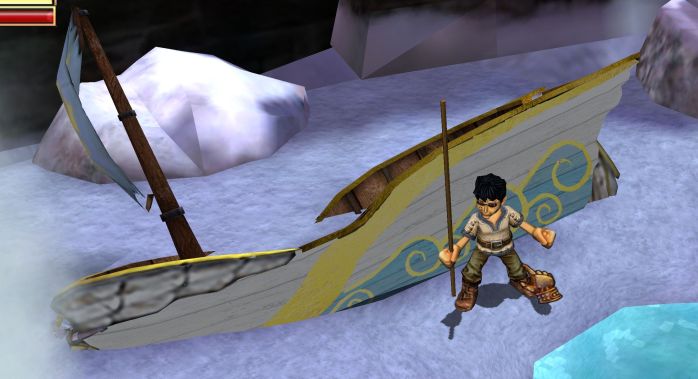 After some trials, I at least got the ship to a reasonable spot. I’m not sure if I’ll come back to Fate or not, but it was a fun bit of messing around.

← No Fate but what you make
The Prodigal Blogger returns →